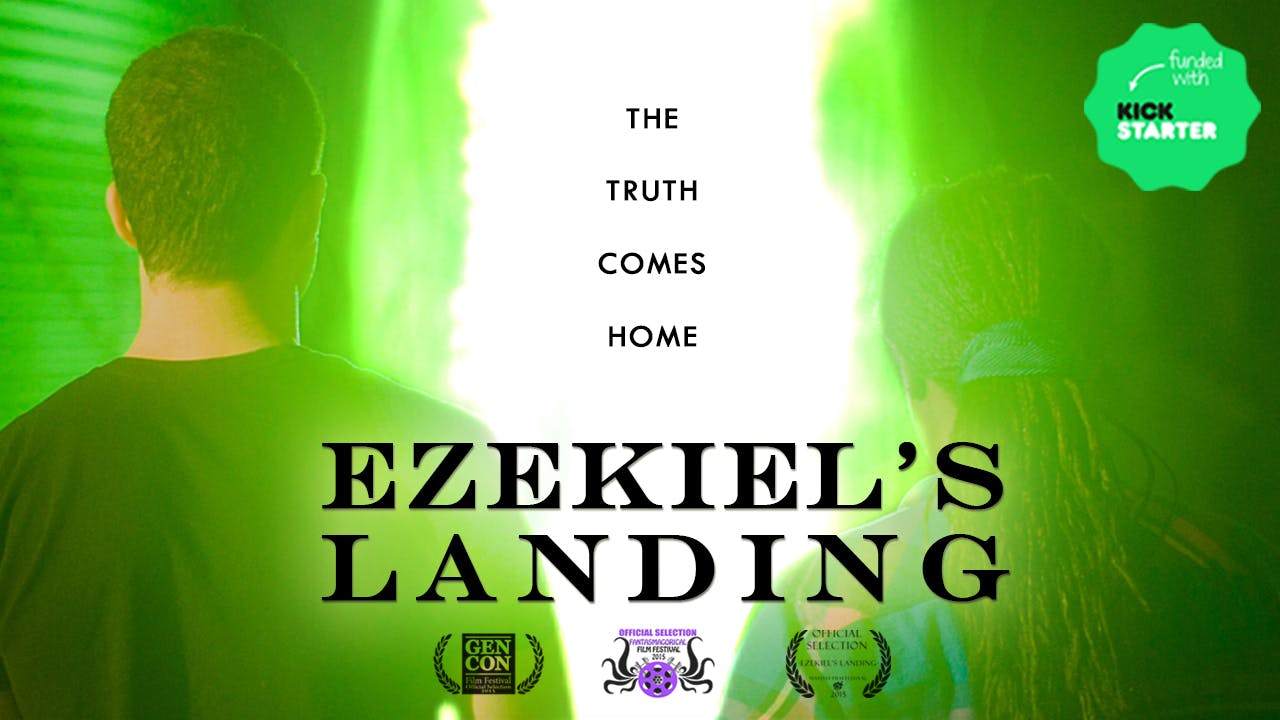 UFO hunter Emma Wright, the author of a fraudulent abduction memoir, investigates a mysterious signal with the help of her biggest fan. Meanwhile, professional skeptic Joel Hooper is threatened by a UFO cult comprised of his childhood friends. Soon Wright and Hooper's paths will cross, and they will find themselves face to face with a truth neither of them could have imagined.

A tribute to classic alien sci-fi like Close Encounters of the Third Kind, The X-Files, and Fire in the Sky, Ezekiel's Landing is an example of DIY filmmaking at its best. The film was funded on Kickstarter and shot entirely in Indiana in 2014.